24 Dec 2014 Show Topic: Diane Kennedy Is Back With More About Minimizing Your Taxes

Well its starting to look a bit  like Xmas!  Brian has left on account of the holidays.

Thank you Brian for all your help with the show this year!

Yes we are heading towards the big day and the Xmas auctions are finished in Australia & last weekend clearance rates….
Sydney 76%    Melbourne  68%    Brisbane  30%   Adelaide 50%  with general increase of house prices across Australia’s main cities  between 13% to 38%. averages.
Christmas is certainly come early  to tens of thousands of homeowners in Australia and the ripple effect will be felt next year up and down the Australian coastline and throughout out the Pacific.
We had so much fun talking  last week to Diane Kennedy CPA and specialist on how to avoid paying U.S.taxes legally. We have invited her back and Randy Mitchell finally gets to ask Diane his  5 questions. 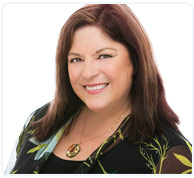 Diane’s new book about living outside the states and investing overseas is already sold out in record time.  The second run will be available  early January.  I recommend  you order now.
So we recommend get pen and paper ready and, as Brian says, take copious notes and listened to what Diane Kennedy has to say about living and investing in your future & lifestyle.  We are heard coast to coast in the USA and from the Great Wall of China to the Eiffel Tower of Paris and throughout the South Pacific .