Richard Butler Real estate and lifestyles of the South Pacific forecasting a bright future down under  with a action packed show this first week of spring.

Richard Butler will bring you up to date with the Auction round-up for the week beginning the Spring market 2014 in Australia.  Normally this is the start of the selling cycle leading up to Xmas and the new year.  It’s that time again!

We are back with an Australian Icon this week: “Bondi Beach,” arguably one of the most famous beaches in the world.

Bondi is one of the big three in Sydney tourism destinations.  All visitors to Australia are in awe of the Sydney Harbour Bridge and  the Sydney Opera House but 85% of tourists surveyed wanted to see our famous Bondi Beach – a must-see on your bucket list. 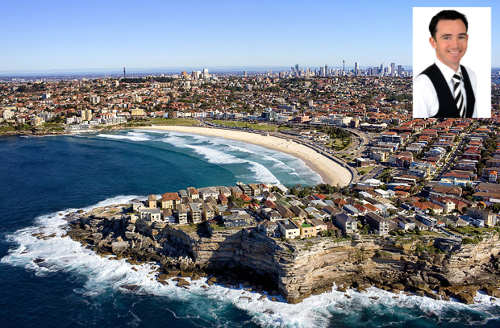 We have Ray White Real Estate Bondi office  director Ron Bauer on to the show from the iconic  Bondi Beach.  He is one of Australia’s most awarded salespersons.

Richard also will comment on the last 12 months in Australia where the new elected  government”The liberals” have just completed the first year in power and have achieved on the eve of 12 months what they promised in opposition to do.

Then it’s off to Vanuatu for an up date on the amazing news that the president of China  Xi Jinping told the Prime Minister of Vanuatu Mr Joe Nutaman that China will help supply (along with the World Bank) the costs for the upgrade and repair of the current international Airport as well has advises all Chinese businesses to invest in Vanuatu in agriculture, tourism, infrastructure, fishing, and education.